Join an all-star cast and an Emmy award winning crew lead by our production partner Laugh Lounge, for two nights of hilarious and truly non-fungible standup performances.
‍
Make your mark on a historic event: the world’s first NFT comedy shows. Each show including the production, rights, royalties, and more, will be auctioned off to fans and collectors! 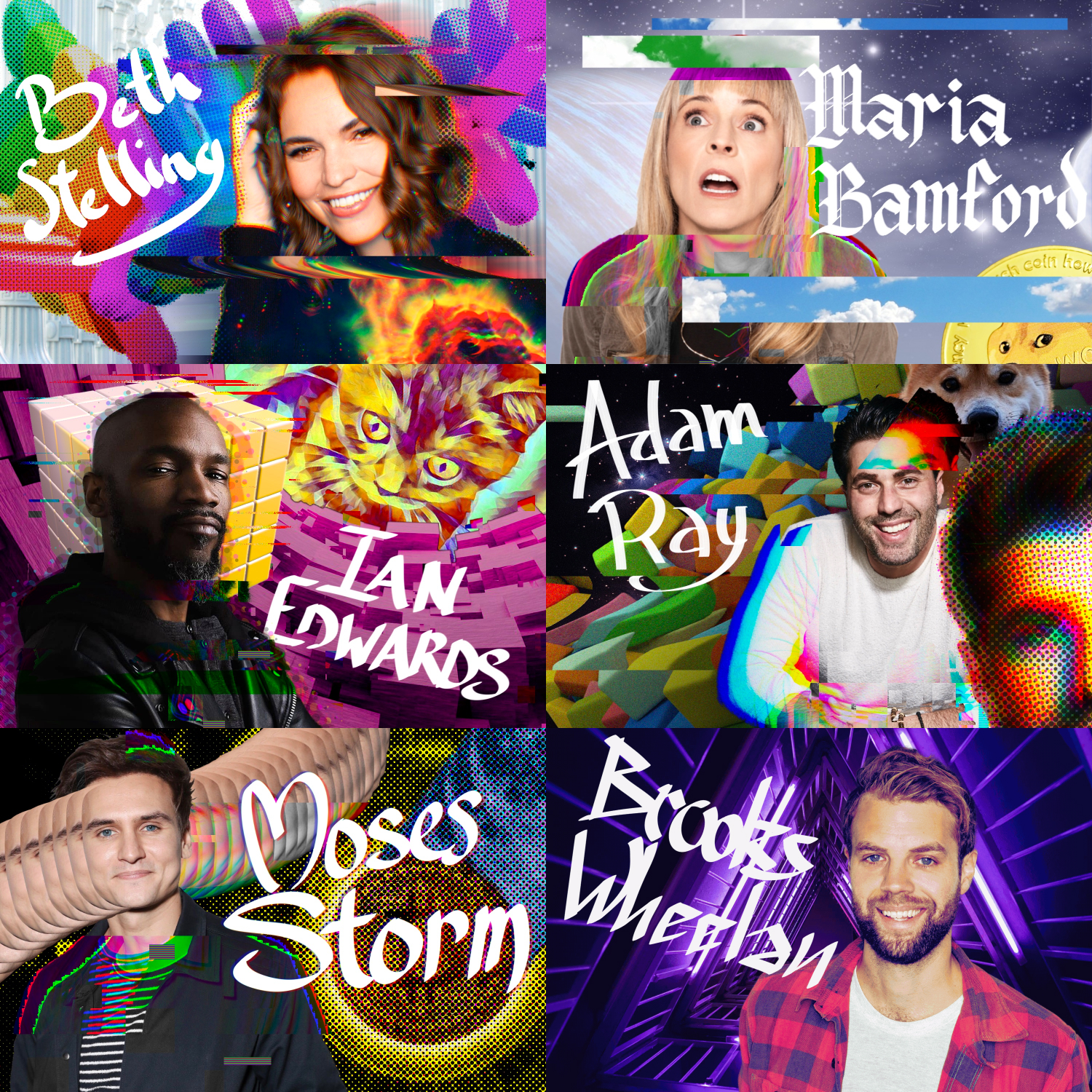 Night #1 kicks off with an intimate conversation between the beloved Maria Bamford and the incredible Beth Stelling followed by a comedy showcase hosted by Moses Storm featuring Adam Ray, Ian Edwards, and Brooks Wheelan.

Get Tickets
Sold Out 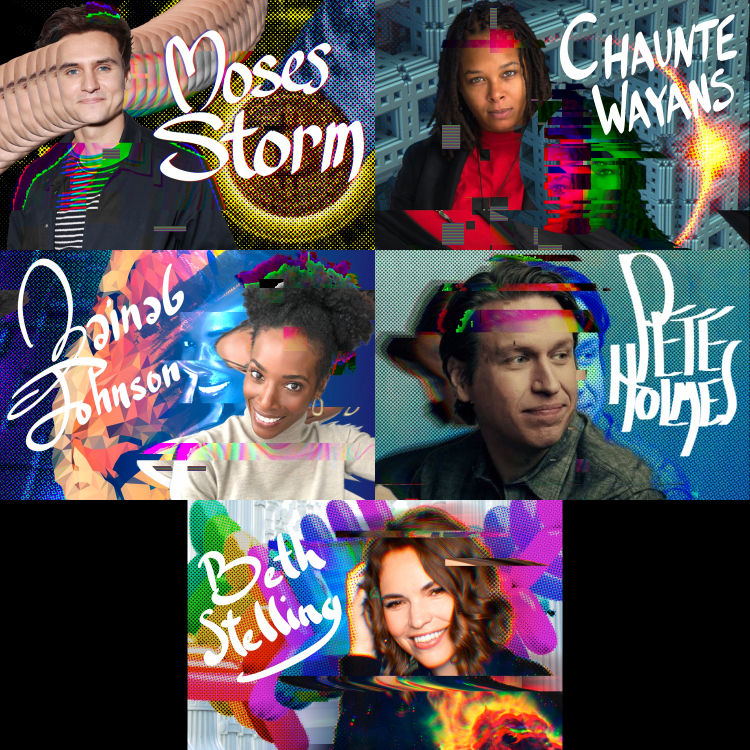 Night #2 continues with another incredible showcase hosted by Moses Storm and featuring Beth Stelling, Chauntè Wayans, Pete Holmes, & Zainab Johnson. We're filming these shows specifically to be minted into an NFT. Did we mention no one has done this before?

Get Tickets
sold out

COVID-19 Safety Protocol: The theater will be fully sanitized and disinfected prior to your arrival and Dynasty Typewriter staff is trained on health and safety protocols. Guests should wear masks whenever not seated, and in accordance with current mask mandates.

Proof of full vaccination or a negative COVID-19 test taken within 48 hours of the show is required for entry. Name on vaccination card must match your ID. Temperatures will be checked at the door. 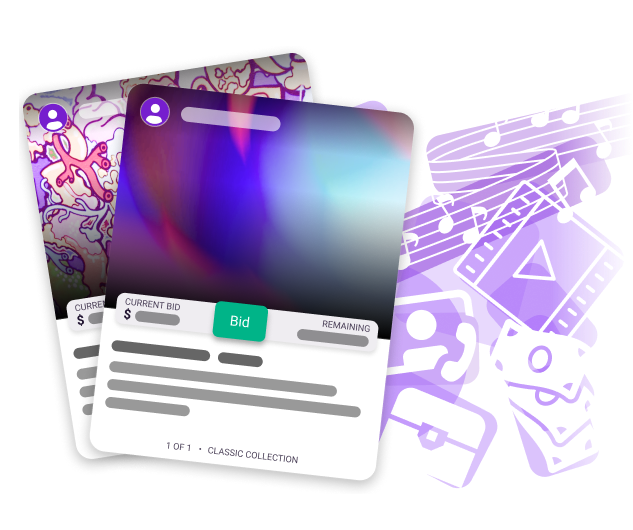 Non Fungible Jokin’ is changing both entertainment and the world of NFTs.

For the first time, comedians and their production teams participate in the financial success of a show’s sale via Jambb’s NFT marketplace which provides borderless access to content.

Jambb’s NFTs go far beyond traditional NFTs by including the rights to distribute and resell the ENTIRE show as part of the NFT. Buyers can choose to rent the content instead through Jambb’s galleries and share what they have purchased to the world.

Nearly every part of the show will be minted as an NFT and auctioned off for you to own and resell!

Join us on Discord!

Non-Fungible Jokin’ is the world’s first NFT comedy show. Not only will our all-star cast tear up the world of digital ownership, but almost every part of the show will be minted as an NFT and auctioned off for you to own and resell.

This is your chance to own behind-the-scenes footage, IP rights to the show itself, and even the show’s logo! Together, you and Jambb are revolutionizing content production and digital collectibles.

Register on Jambb and be ready to bid! 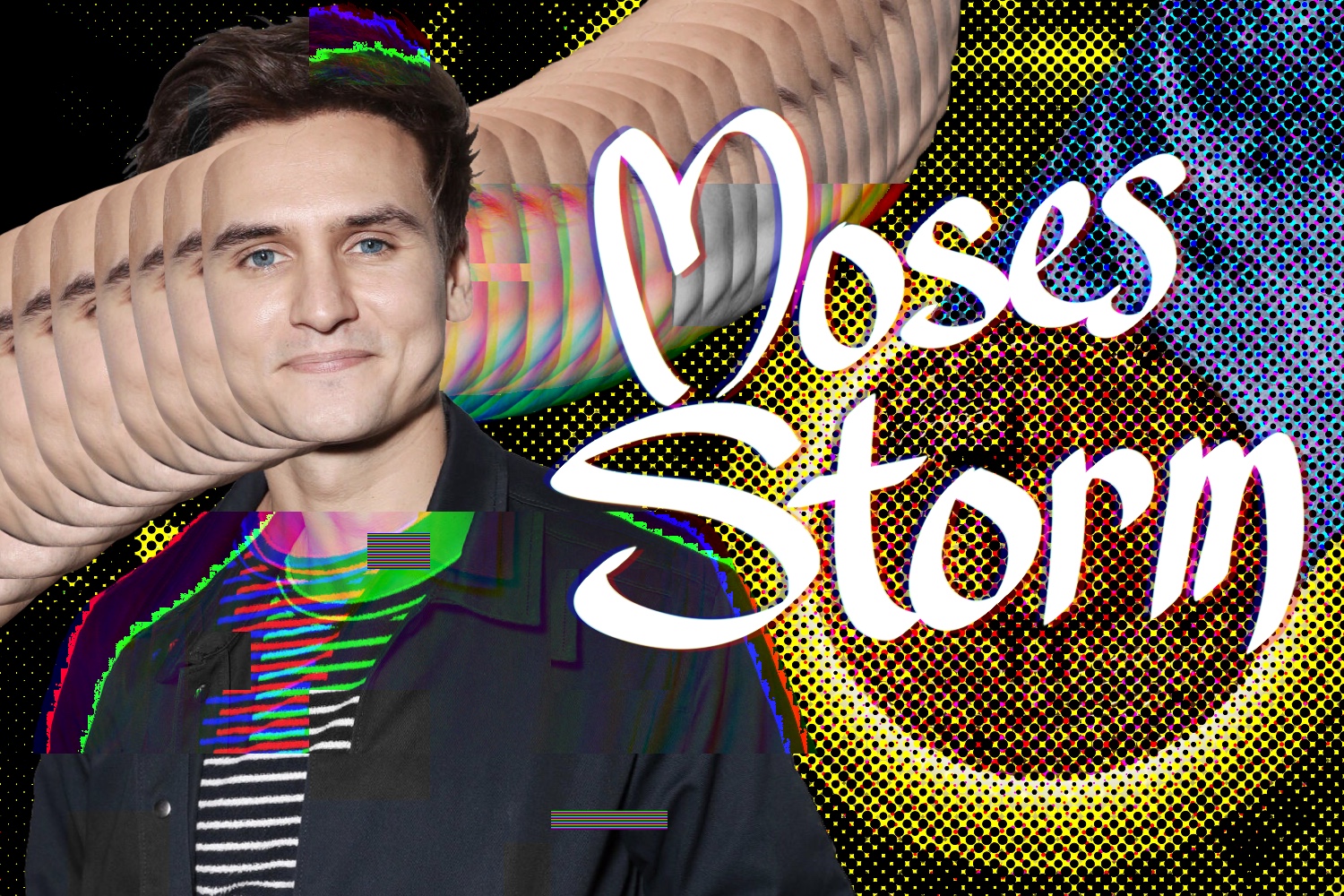 Moses is a talented comedian and actor who starred in the NBC comedy Sunnyside, from Mike Schur and Kal Penn. He’s appeared in I’m Dying Up Here on Showtime, Arrested Development for Netflix and This Is Us on NBC. Film credits include the 2015 high-concept Universal horror film Unfriended, and the Adam Sandler Netflix film Father of the Year.

Moses hosts Conan O'Brien's live variety show Team Coco’s Up & Up at the Dynasty Typewriter Theater in LA, has appeared twice as a performer on Conan on TBS, and joined O’Brien for his first multi-city live tour in 8 years. 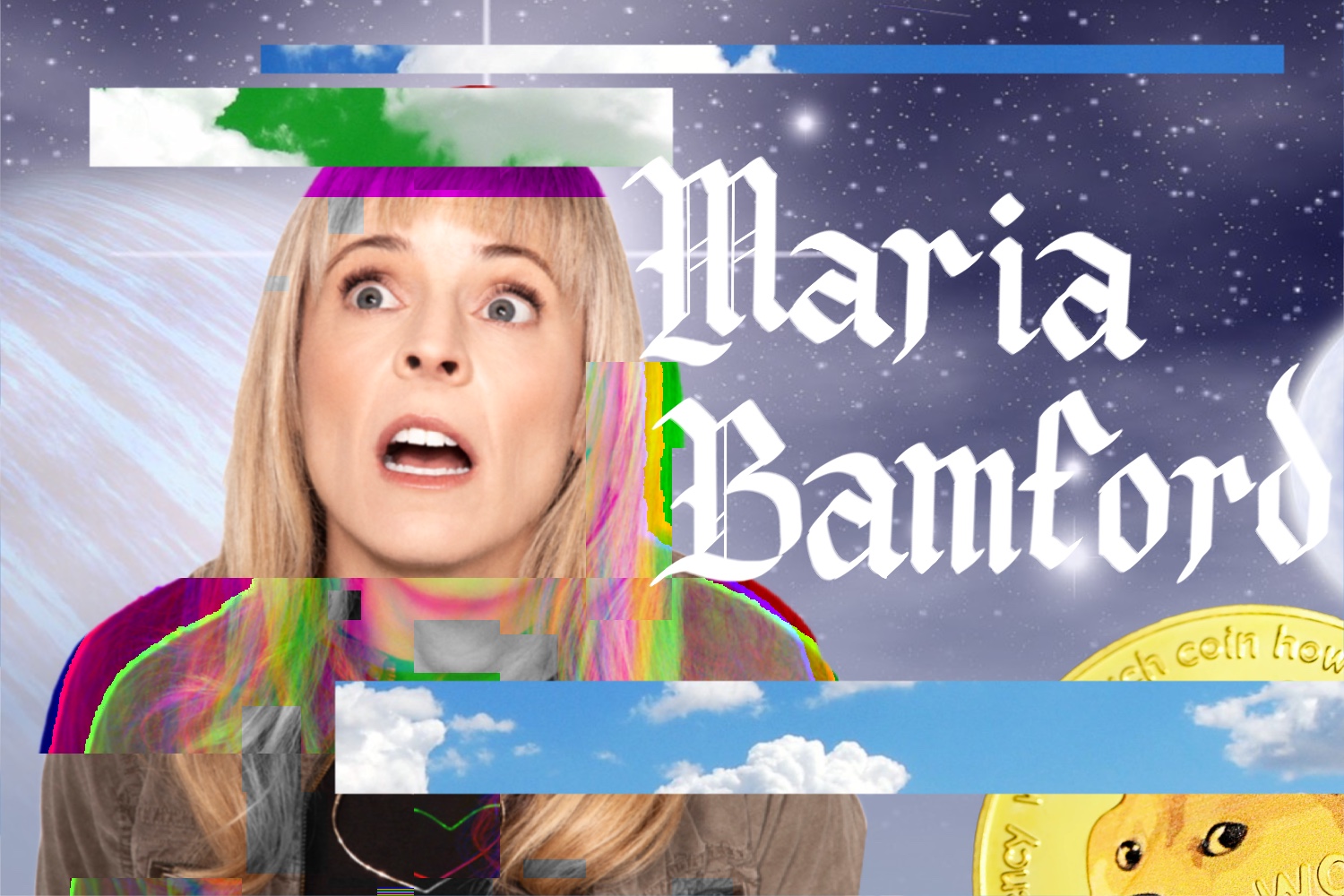 Maria is the first female comic to have two half-hour Comedy Central Presents specials. And now, two well-received specials on Netflix called The Special Special Special and Old Baby.
‍
She has contributed comedic voice-overs for animation including as Netflix’s Big Mouth and BoJack Horseman, Cartoon Network’s Adventure Time, PBS’s Emmy-winning series Word Girl, Nickelodeon’s Kung Fu Panda and Legend of Korra, and the international hit Talking Tom and Friends. She can do about 11 voices, not including "her own, but just a little higher and faster". 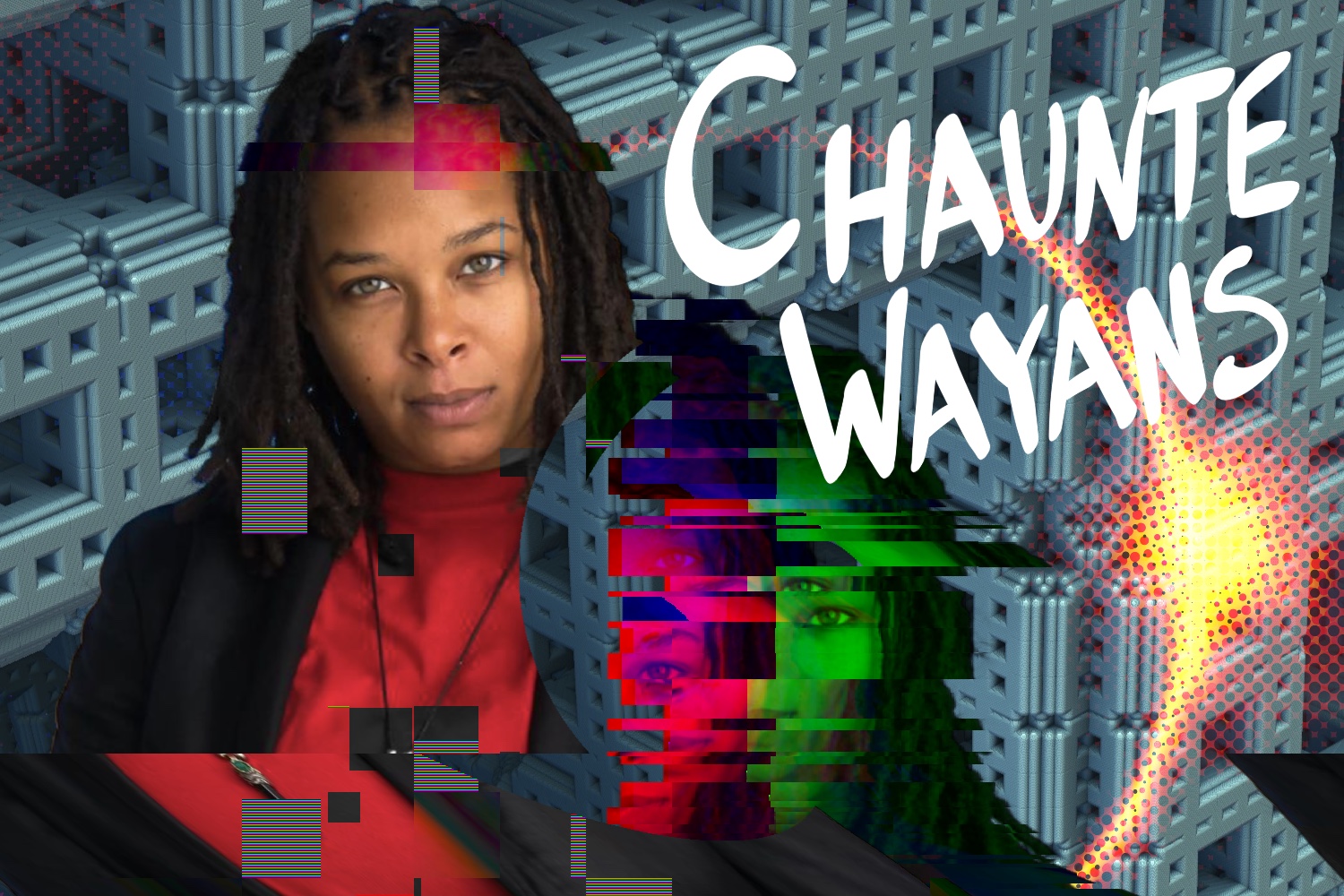 As seen on her 2019 Netflix comedy special  They Ready produced by Wanda Sykes and Tiffany Haddish, Chaunte Wayans is a voice to be heard and in a league of her own.

Wayans is a multi-faceted performer; nationally touring as a comedian and actor alongside Tiffany Haddish, Katt Williams, Russell Peters and more. Recently she has made television appearances on Kevin Hart's LOL Network as part of Just for Laughs 2020, Tru TV Tournament of Laughs, AJ and The Queen on Netflix, Wild N’ Out, and Laff. 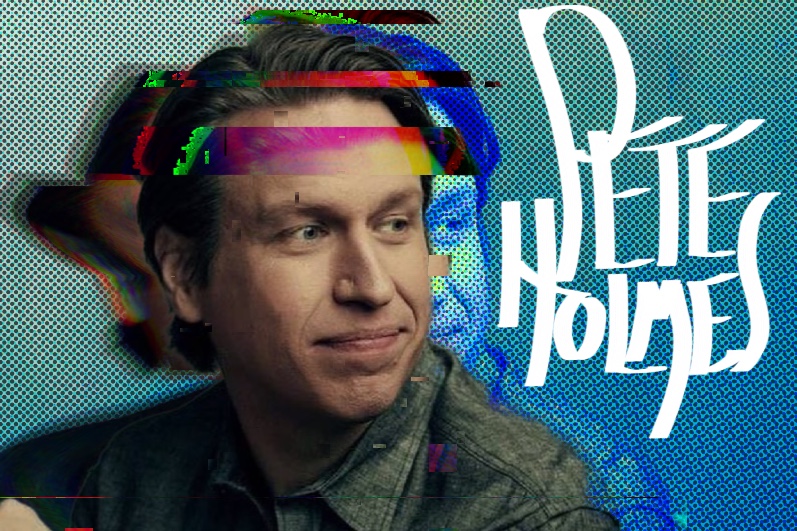 Pete Holmes is set to star in the CBS comedy Smallwood based on pro bowler Tom Smallwood's life.

He recently created, executive produced and headlined HBO’s comedy series Crashing, which ran for three seasons. He also had a late-night talk show on TBS and has headlined three standup specials. He authored the book Comedy Sex God, published by HarperCollins, and has a podcast, You Made It Weird. 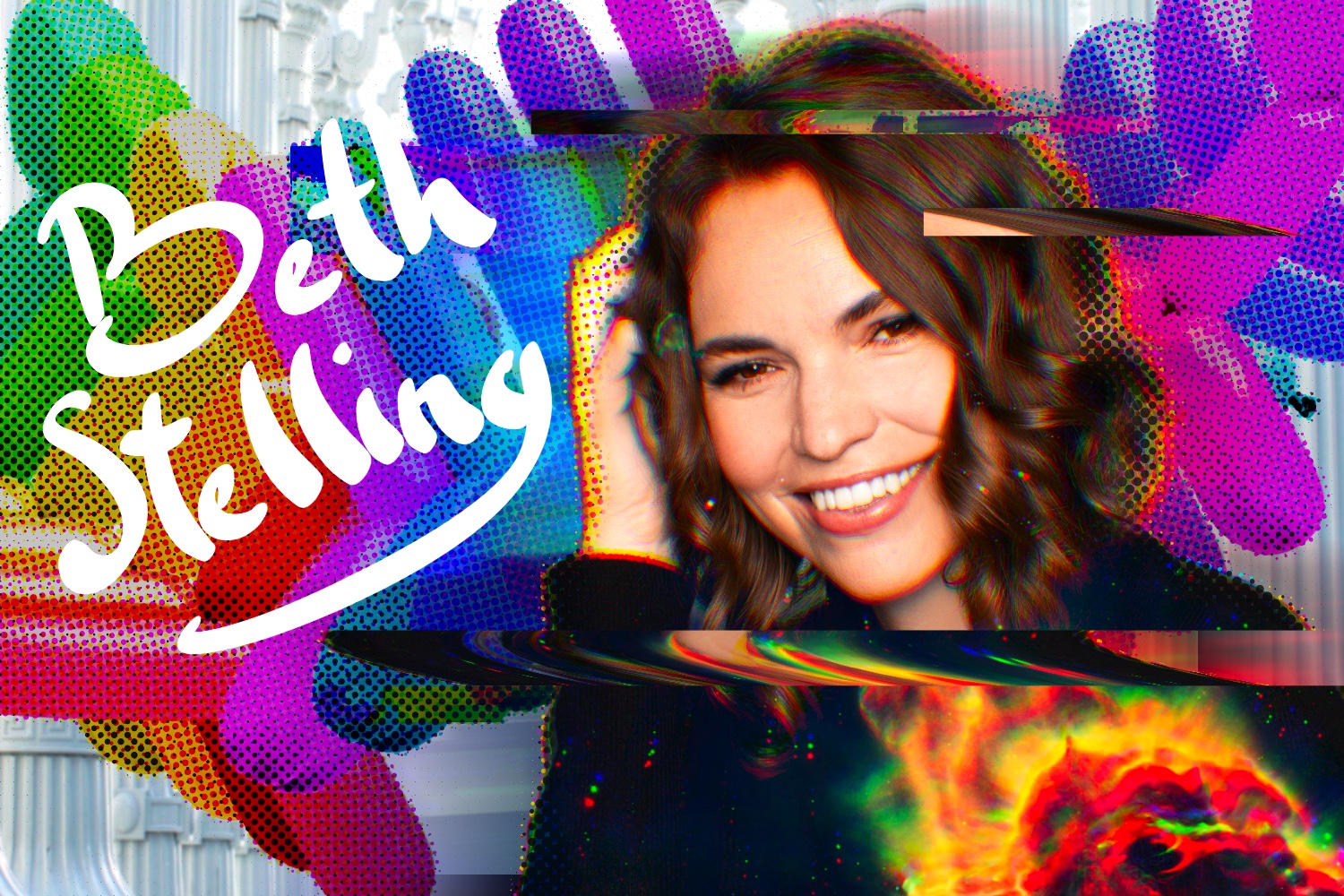 Beth Stelling is a stand-up comedian, writer, and actress. You can find her critically-acclaimed hour stand-up special Girl Daddy on HBO Max as well as her half hour special in Netflix's The Standups

Stelling has also appeared on several late night shows (Conan, Jimmy Kimmel Live, Chelsea Lately, Lights Out). She's written for The Last O.G., I Love You America with Sarah Silverman, HBO's Crashing and she’s a go-to hire for punch-up on features, most recently The Man From Toronto starring Woody Harrelson and Kevin Hart. 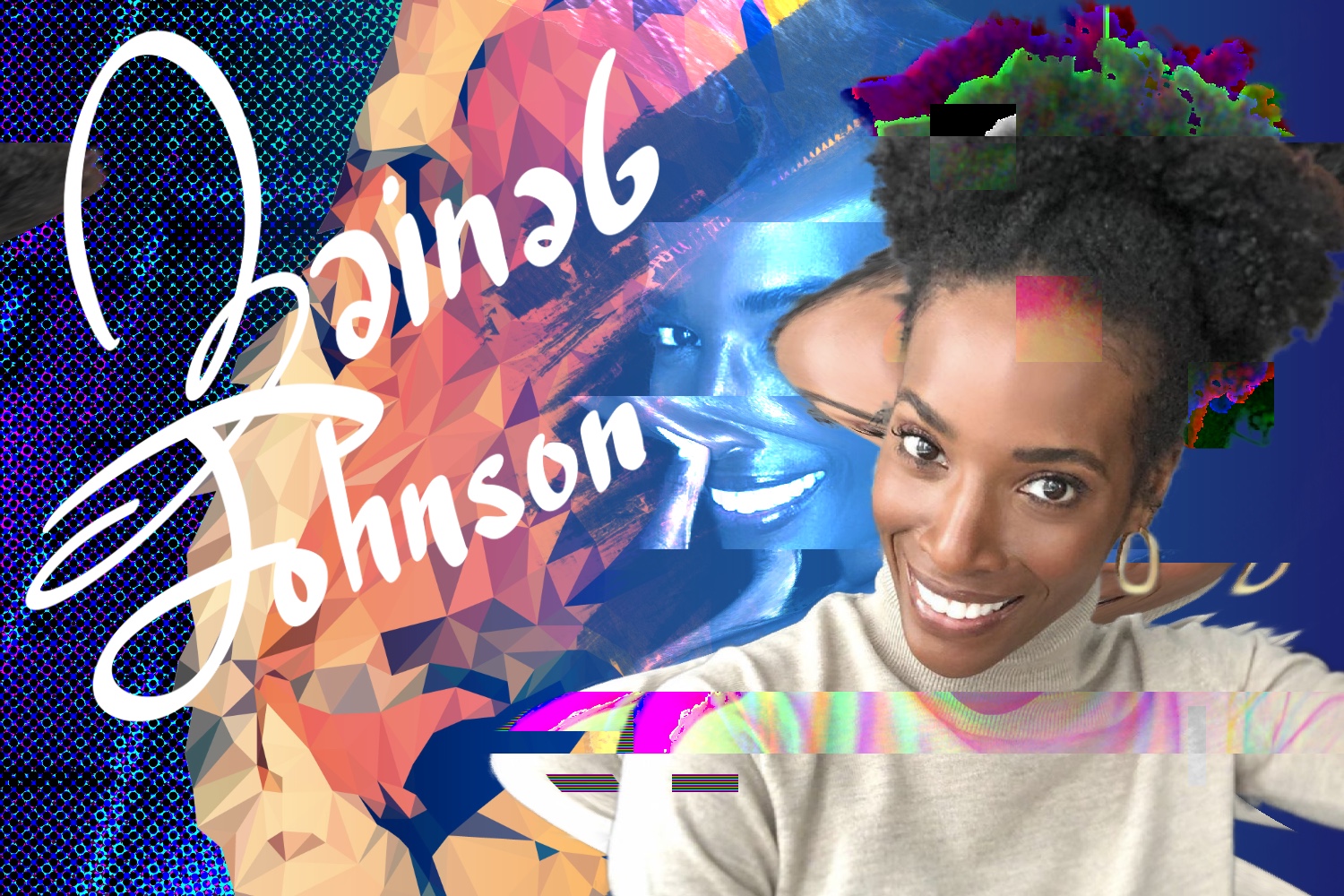 Zainab was named one of Variety’s Top 10 Comics To Watch in 2019, she is currently a series regular on the new Amazon Original series Upload from Greg Daniels, she is currently one of the host for Netflix's show 100 Humans, and she made her first late night stand up appearance on NBC's Late Night with Seth Meyers.

Zainab had a breakout appearance on HBO’s All Def Comedy and has made appearances on NBC’s Last Comic Standing, Arsenio, BET’s Comic View, and AXSTV’s Gotham Comedy Live! 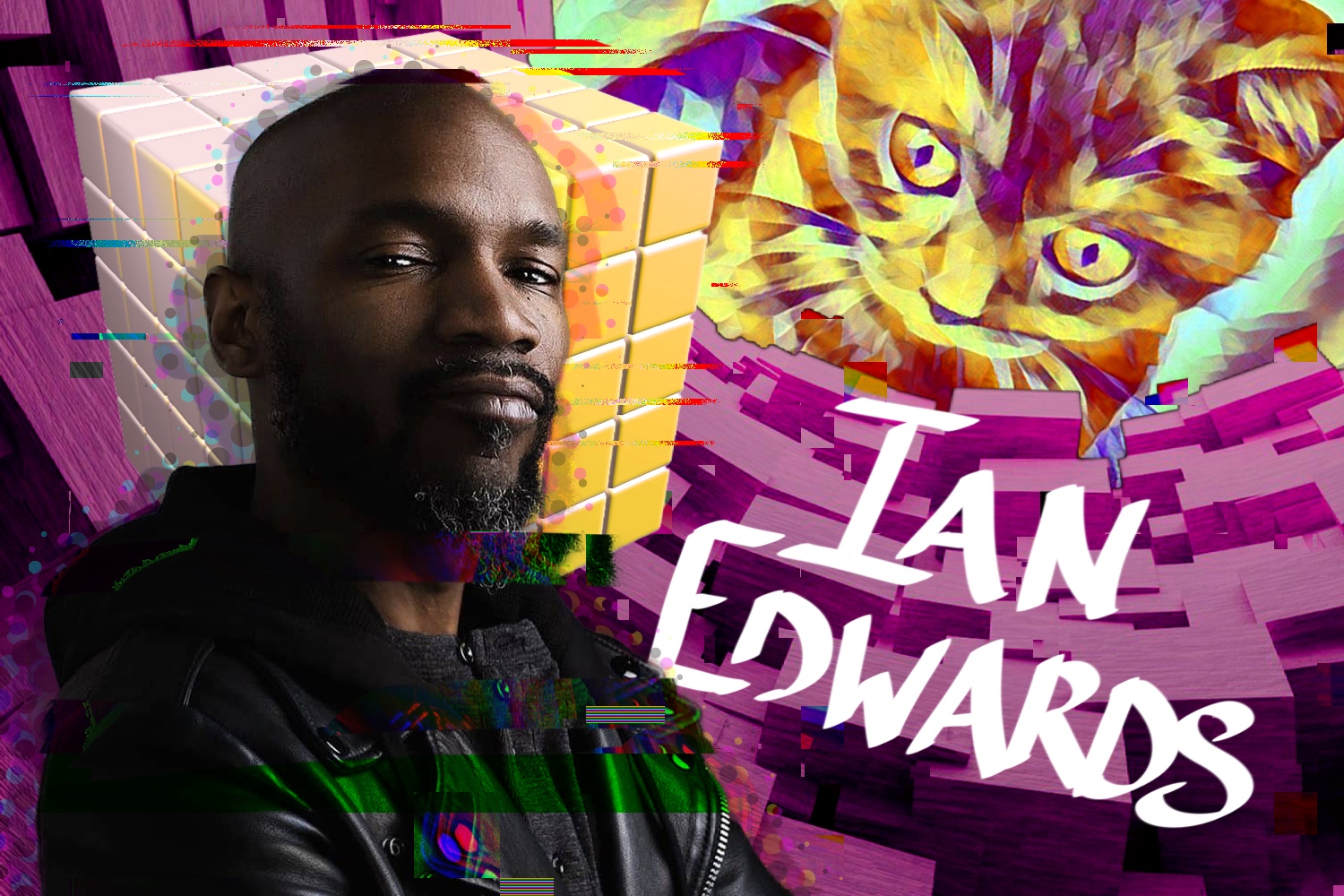 As a stand-up, Ian released his debut album 100% Half Assed on Conan O’Brien’s record label, Team Coco Records. He is the first comedian signed to the label. The press outlets that covered Ian during this campaign include Entertainment Weekly, The New York Times Magazine, and more.

This is along with television appearances on Conan, @Midnight, Huffington Post Live, and radio interviews on NPR’s Bullseye with Jesse Thorn, KROQ’s Kevin and Bean Show, Sirius XM’s Opie and Anthony, WTF with Marc Maron and The Joe Rogan Experience. 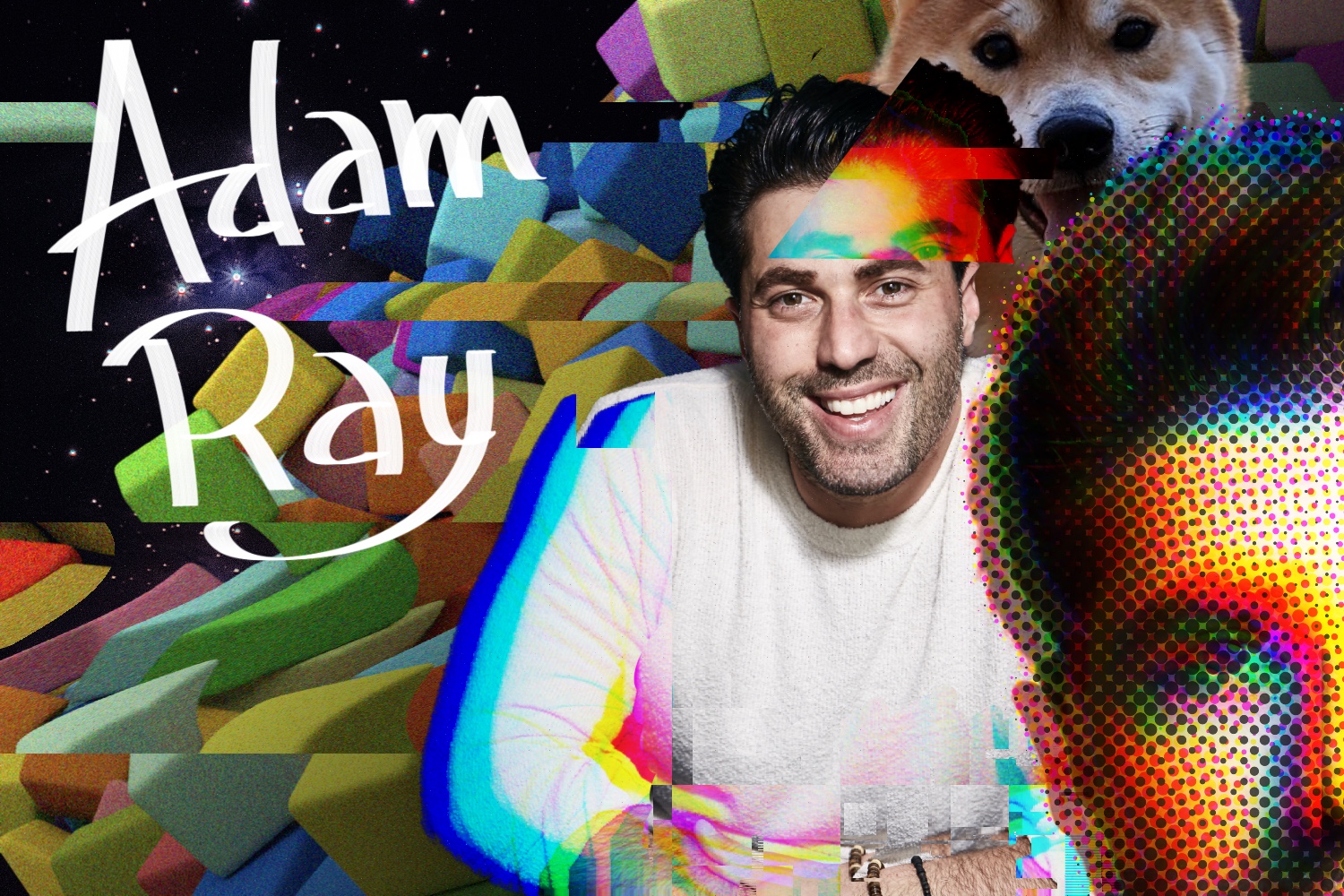 Adam Ray currently plays the iconic role of Vince McMahon in Young Rock for NBC, the story of Dwanye "The Rock" Johson's life. Ray most recently was seen in Hacks on HBOMAX, and starred in the indie comedy The Bellmen.

Ray also guest starred on last season of Curb Your Enthusiasm and Arrested Development for Netflix, as well as season 2 of American Vandal. Ray can be seen in the upcoming Pam & Tommy for Hulu, as well as Gaslit for STARZ. Ray was a regular on Lights Out with David Spade & currently on The Adam Carolla Show. Ray is best known from his work opposite Sandra Bullock and Melissa McCarthy in Paul Feig's buddy cop comedy The Heat, as well as Feig’s SPY and the reboot of Ghostbusters. 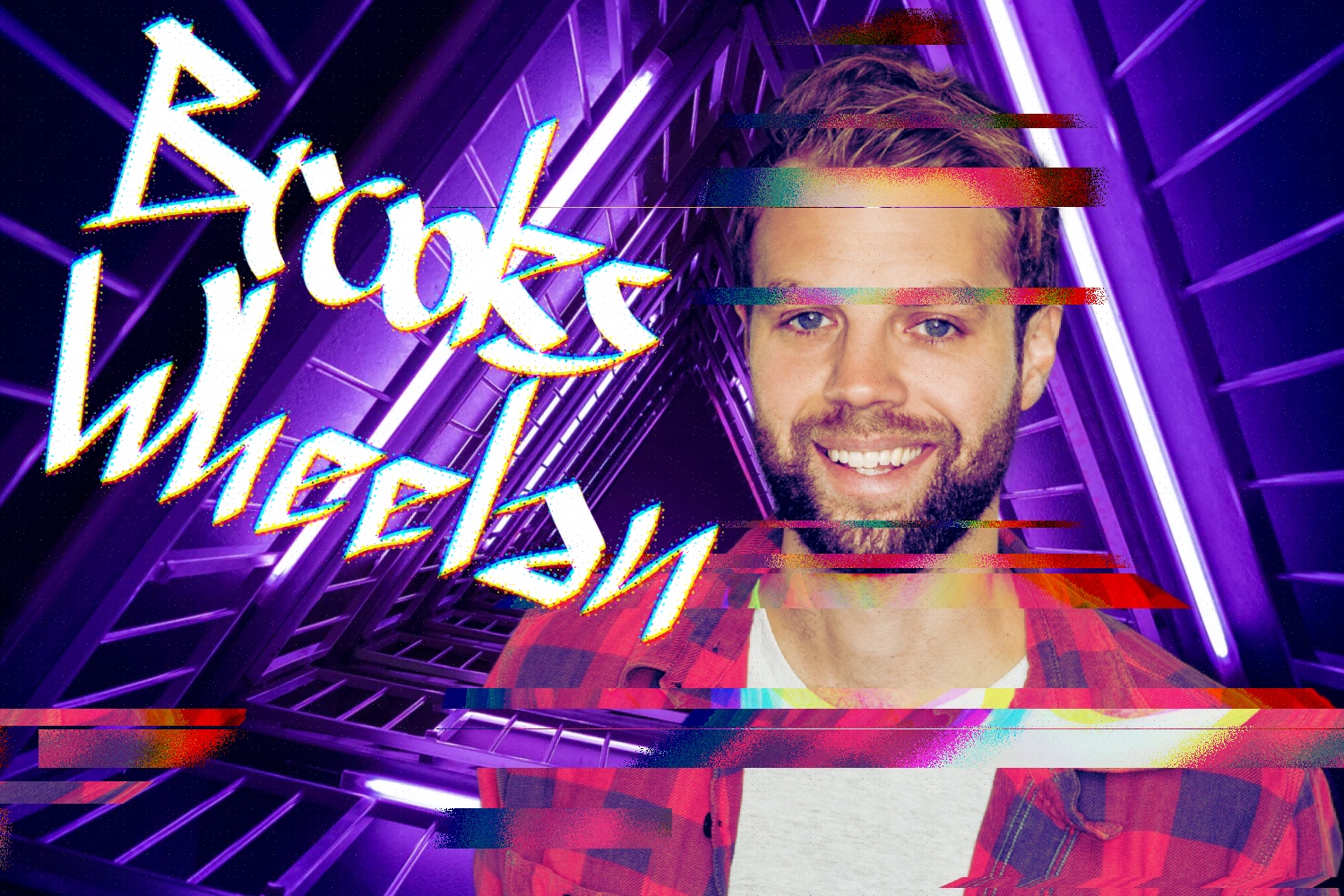 Brooks is from Iowa and he likes to do comedy. In 2015, he released his debut album This Is Cool, Right?, which hit #1 on the iTunes charts and was included on PASTE Magazine’s 10 Best Comedy Albums of 2015 list. He's been a cast member on Saturday Night Live, appeared on NBC’s Late Night with Seth Myers, AP Bio, HBO’s Girls, Comedy Central’s The Half Hour, @Midnight, Adam Devine’s House Party, MTV’s Ridiculousness, and TBS' CONAN.

Rolling Stone named Brooks as one the Top Acts of Bonnaroo 2014. In 2012 he hit the comedy scene in stride when he was invited to perform at the New York Comedy Festival as a part of Comedy Central’s Top 10 Comics to Watch, and was a breakout performer as a new face at the prestigious Just for Laughs Festival in Montreal. 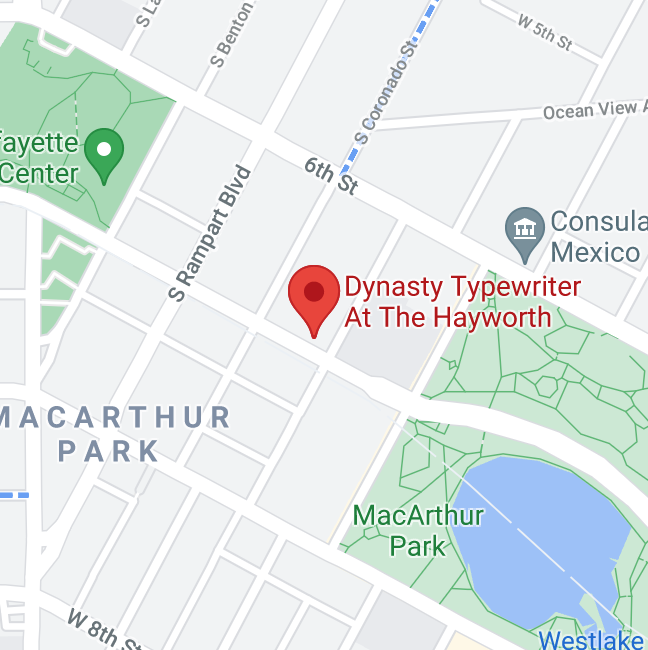